“Vertical Forests” is a model of sustainable housing construction, a metropolitan reforestation project that promotes the reclamation of the environment and urban biodiversity without the need to extend the city to the entire territory.

Vertical forests help create a microclimate and filter out dust particles present in the urban environment. In addition, the diversity of plants helps to make water, absorb carbon dioxide and dust, produce Oxygen, and protect people and houses from harmful sunlight and noise pollution.

Vertical forests increase biodiversity. It promotes the formation of urban ecosystems. Various plants create a single vertical environment but function in the existing network and can be inhabited by birds and insects (preliminarily estimated to be 1,600 bird and butterfly specimens ). In this way, it constitutes a natural population of urban flora and fauna. In this article, we will read about all vertical forest locations all around the world. 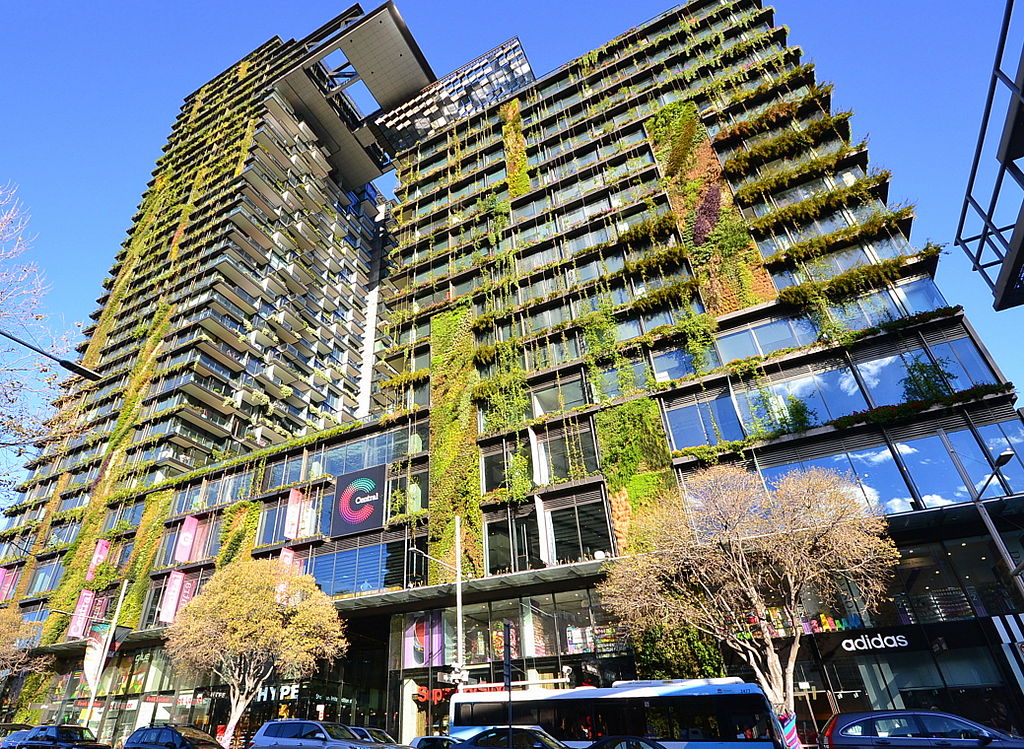 Australia also has vertical forests, including a Central Park apartment project in Sydney and another planned to be built in Brisbane. Central Park One has won many international architectural awards, including the “Building of the Year” and “Best Tall Building” awards from the “High-Rise Building and Urban Habitat Council.”

The east and north façades of the apartment building are covered with more than 38,000 exotic plants and are equipped with a group of full-time maintenance personnel. The architectural studio behind the “Blanc and Nouvel” project described it as “a flower for every resident and a bouquet for the city.”

2. Nanjing in China has some exciting vertical forests

Nanjing, China, has been working hard to “green” some towers. Once these multi-story buildings called “living towers” are completed, they will be covered by thousands of living trees that breathe (good photosynthesis).

This “Smart Forest City” concept for Cancun is incredible.

Stefano Boeri Architetti has an exciting vision for the future development of Cancun, Mexico. His “Smart Forest City” concept covers ​​about 557 hectares and can accommodate about 130,000 people.

Almost all imaginable places in the development project will be planted with surfaces, even above the building facade and roof. With so many green plants, it is difficult to remember that you live in a city.

Read Also: Top 5 Best Reasons Why You Should Visit Turkey For Travel

“These buildings will plant terraces with 350 trees and 14,000 shrubs of more than 100 different tree species. One building will be used as a hotel, and the other two will provide apartments.”

Milan, Italy, is another city with its own vertical forest. The living twin towers are called “Bosco Verticale” (Italian for vertical forest), with more than 20,000 plants, and were completed in 2014.

Plants take CO2 from the environment and release Oxygen and help attenuate noise and act as passive substances—the temperature regulator of the building.

5. The City of Utrecht, Netherlands

Utrecht city is the happiest place in The Netherlands. The city of Utrecht in the Netherlands also plans to build its vertical tower in the future. The planners are eager to revitalize the local biodiversity by planting more than 10,000 plants on the tower's facade.

The outer side of the Caixa Forum Museum in Madrid is another stunning example of a vertical forest. This vertical green space has four floors and comprises approximately 15,000 different plants and more than 250 species. It also looks great.

The exterior of The Oasia Downtown Hotel is another stunning example of vertical forests worldwide. This building is located in the middle of the city's business district and is very eye-catching.

Singapore's Marina Bay, also known as Supertrees, becomes full of life at night, with 18 LED-lit “supertrees” as high as 50 meters. Each “tree” is a concrete structure with hundreds of small plants embedded on the side. In addition, there are solar panels on the top of each structure to power the park's systems and greenhouses and rainwater tanks.

Kuala Lumpur is a beautiful city in Malaysia; you can also find several incredible vertical forests there. These beautiful buildings were designed by architect Jean Nouvel and built in 2016. Known as the “Le Nouvel Towers,” these vertical towers undoubtedly add some much-needed natural sights to this modern city center.

Finally, Cebu City in the Philippines is also preparing to have its vertical forest. Like the other buildings on the list, adding greenery outside the building will provide a good passive way to combat pollution and reduce heating and cooling costs throughout the year.

This incredible vertical forest concept building is called “Rainbow Tree,” and its design purpose is to use natural, simple, and traditional materials to combine functionality and elegance.

As we face the consequences of increasing global warming worldwide, vertical forests are the best alternative to increase the amount of oxygen on our planet. Plants can reduce global warming by taking CO2 from the atmosphere to do photosynthesis and prevent greenhouse gases from warming the earth.